Charles Monroe Schulz was born on November 26 in Minneapolis. Early on in his life Charles received a nickname- "Sparky" from his uncle, who was a fan of Barney Google's horse "Sparkplug." Even then, the seeds were being planted for a career in cartooning.
When he was much older, during the Great Depression, his family had much trouble with money as did a majority of the population. After finishing high school, he completed a correspondence course given by an art school, his only art training at his father's insistence.
Drafted into the military in the closing days of World War II (1939-1945) Schulz served in Europe (where the idea for Snoopy being a Sopwith Camel pilot was born), then returned to the States, working in Saint Paul at his old school - the Art Institution Schools. Here he would meet the early Charlie Brown, and a red-haired girl, soon to evolve further into the familiar characters we know today.
In 1948 the Saturday Evening Post published some of his work, and then in 1950 the United Features Syndicate bought his "Li'l Folks". The title was already in use for another strip, so they retitled it "Peanuts." The first strip debuted on October 2, 1950 with "Peanuts" becoming one of the most popular comic strips in history, appearing in more than 2000 newspapers and translated into more than two dozen languages.
More characters were added as time went on, from Peppermint Patty to Schroder to one of the first African-American cartoon characters, Franklin. Set in the late sixties, Schulz insisted that the addition of Franklin had no higher meaning other than being a new character but he received angry letters denouncing the inclusion of Franklin in strips dealing with classrooms - the integration issue was still very much alive and well.
Over the years Snoopy grew to become a leading character in his own right, as well as Woodstock jumping from minor status to becoming the symbol for some movements in the sixties and for a generation to recognize later on.
"A Charlie Brown Christmas" was the first sortie into television for Schulz, and he worried about the transition. He had nothing to worry about; since the popular show is rerun every year and still garners high ratings, more than twenty years after it was first shown. Other specials followed, along with feature movies. 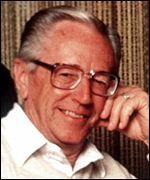