Moore was born on July 15, 1779, in a large mansion, on his parents' Chelsea estate that encompassed the area that is now 18th to 24th Streets between Eighth and Tenth Avenues in Manhattan. The house itself was located at what is now Eighth Avenue and West 23rd Street. He was the only child of heiress Charity Clarke and Dr. Benjamin Moore, Episcopal Bishop of New York, Rector of Trinity Church, and President of Columbia College. Moore was educated at home in his early youth and graduated first in his class from Columbia in 1798.
He became a well-known and respected scholar and, typical for an educated person of his period, Moore's publications related to a wide variety of topics such as religion, languages, politics, and poetry. When he wrote A Visit from St. Nicholas in 1822, Moore was a Professor of Oriental and Greek Literature, as well as Divinity and Biblical Learning, at the General Theological Seminary of the Protestant Episcopal Church. Located on land donated by the "Bard of Chelsea" himself, the seminary still stands today on Ninth Avenue between 20th and 21st Streets, in an area known as Chelsea Square. Moore's connection with that institution continued for over twenty-five years.
At the age of thirty, he compiled a Hebrew lexicon, the first work of its kind in America. He was forty-three when he wrote A Visit from St. Nicholas, but it was not until he was sixty-five, in 1844, that he first acknowledged that he was the author of the famous verses by including the poem in a small book of his poetry entitled Poems, which he had published at the request of his children. He translated Juvenal, edited his father's sermons, wrote treatises and political pamphlets, including his well-known 1804 attack on our third president in Observations Upon Certain Passages in Mr. Jefferson's Notes on Virginia, Which Appear to Have a Tendency to Subvert Religion and Establish a False Philosophy, and was often a contributor to the editorial pages of local newspapers. He also wrote George Castriot, Surnamed Scanderbeg, King of Albania, which appeared in 1852 and was highly commended at the time.
Despite this scholarship, it was the simple but magical poem about the mysterious Christmas Eve visitor that has kept the memory of Clement Clarke Moore alive. Although he was embarrassed for most of his life that his scholarly works were overshadowed by what he publicly considered a frivolous poem, Moore will forever be remembered as the person who truly gave St. Nicholas to the world. The poet of Christmas Eve lived a long and productive life and died in Newport, Rhode Island, his summer home, on July 10, 1863, just a few days short of his eighty-fourth birthday. Along with members of his family, he is buried in the Washington Heights area of New York City, in Trinity Cemetery at the Church of the Intercession on Upper Broadway at 155th Street. 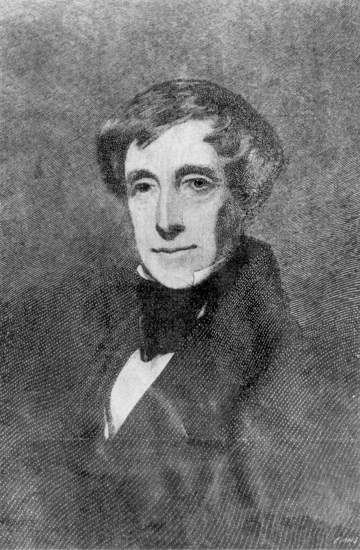