The Database Of All The Reviews

The Man who Made Time Travel
Kathryn Lasky
Pictures by Kevin Hawkes
Non-Fiction Picture Book
Ages 8 to 11
Farrar, Straus and Giroux, 2003, 0-374-34788-3
For hundreds of years sailors had lost their loves at sea because they hadn't known where they were. Their ships were smashed on rocky coasts and on reefs simply because the sailors did not know their position. When two thousand men died on one night in 1707 for just this reason the English government decided that the time had come to do something about the situation. Someone had to come up with a way to determine a ship's position at sea. Up until this time sailors could measure their latitude using the height of the sun at noon or the height of the North Star at night. Trying to fix the longitude was a different matter however. To be able to calculate accurate longitude a sailor had to know what the time was in his home port. The problem was that they had not yet figured out how to make a watch or a clock that could keep time well at sea.
Thus it was that the English Parliament came to pass the Longitude Act and it promised to pay 20,000 pounds to the person who found a "practicable and useful" way to measure longitude. It became something of a race and there were two main trains of thought of how this problem should be solved. One group said that they needed to use lunar charts to determine longitude. The other group said that they needed to find a way to make measure time at sea.
John Harrison was a young man who loved to think, to puzzle things out and he ended up taking all his interests, putting them together and becoming a clockmaker, a master clockmaker who made machines of extraordinary accuracy. John was sure that the answer to the longitude problem was to be able to measure time at sea and he set about creating his first sea clock.
Over the years John Harrison would create many beautiful clocks, would carry out innumerable and exhaustive tests on them, and would get into all sorts of confrontations with the powers that be about his inventions and their possible use for the purpose of determining longitude. His would be a life full of trials and obstacles but he never gave up and in the end he created something that would save countless lives and that would make his country able to "rule the seas."
John Harrison's story is told with wit, with an obvious appreciation for the problems that he faced, and with an understanding of what John Harrison, the perfectionist, was like as a man. Some years before writing this book the author and her husband sailed across the Atlantic in a small boat using only the simplest of tools for navigation and thus she had a very special sense of what John Harrison's inventions did for the world. After all, a version of his creations helped guide her across the ocean. 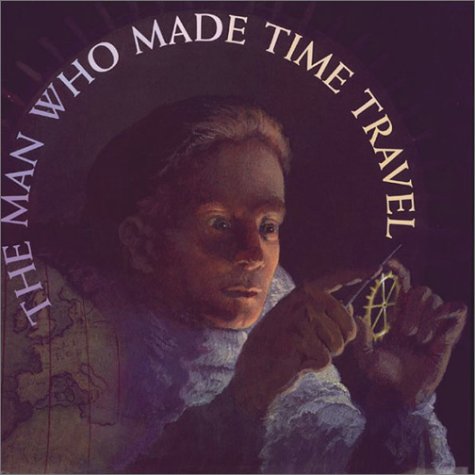