Richard Peck attended the University of Exeter in England in 1954 and 1955 and received his B.A. degree from DePauw University in 1956. He earned his M.A. in 1959 from Southern Illinois University and also studied at Washington University, in 1960 and 1961. He has taught English in high school and college, has been a textbook editor, and was Assistant Director of the Council for Basic Education in Washington, D.C. from 1969 to 1970. His poetry has been published in anthologies and in magazines, including Saturday Review. He also writes on architecture for the New York Times.
Richard Peck has written more than 30 novels for age groups from middle-graders to young adults. He is the winner of the 1990 Margaret A. Edwards Award sponsored by the Young Adult Library Services Association of the American Library Association, the 1990 National Council of Teachers of English/ALAN Award for outstanding contributions to young-adult literature and the Edgar Award. His A Year Down Yonder ( 2001) won the 2001 Newbery Medal, and its prequel, A Long Way from Chicago, was a National Book Award finalist and a Newbery Honor Book. His recent book is Past Perfect, Present Tense (Penguin, 2004).
Peck explores contemporary issues such as peer pressure, single parenting, rape, censorship, suicide and death. He is known for his realistic dialogue that teens can understand that also gives them a sense of confidence and empowerment. Remembering the Good Times is a novel about teen suicide where Publishers Weekly called it the "best book so far". Princess Ashley is also a popular book for young readers and is quoted by the Kirkus Reviews as observing that"Peck deftly captures the evolving concerns of fifteen-and sixteen-year-olds-their speech, anxieties, and shifting relationships with parents and peers". Another critic from the School Library Journal concluded that this book "is a must for both high school and public library collections".
Richard peck now lives in New York City. 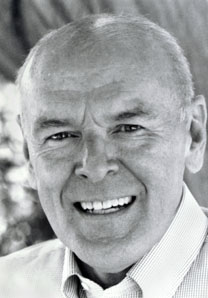