Graeme Base is perhaps best known for his picture book Animalia, that, on the surface, was a simple 'Alphabet Book' for children. Each page showed a different letter of the Alphabet with animals and objects all beginning with that letter. What set it apart from a crowd of similar books, was the incredible depth of each picture. A child, or even adult, could spend a lot of entertaining time finding things hidden in the background. Beautifully detailed pictures became his trademark.
Base was born in England on 6 April, 1958, and moved to Australia in 1966 with his family. Once in Australia, he attended Box Hill High School, and then Melbourne High School.
From about the age of 12, Base knew what he wanted to be, telling people at every opportunity: 'I'm going to be a commercial artist'. It seemed a heaven on earth. You drew pictures, and you got paid for them. When he had completed his Higher School Certificate (HSC), he went to Swinburn College of Technology and did a graphic design course for three years. He was hoping to do a fourth year, as there was a degree attached to the course, but it seems he was urged to leave earlier.
He then went into advertising, where he was paid well, and hated every moment of it. Most of his work was newspaper ads which he described as 'killing'. He went through three jobs in the two years he was in advertising. He was fired from his third, and last, job for incompetence.
Even while working in advertising, Base had done some freelance work for book publishers, doing things such as book jackets. With no job, he began following this path full time and began showing his portfolio to various publishers.
Base met Bob Session who worked, at that time, for Thomas Nelson in LaTrobe Street. Base had few firm plans with only some vague ideas about something to do with dragons. Bob wasn't impressed and suggested he do something Australian. The result was My Grandma Lives in Gooligulch, a book in verse with six illustrations. It was published in 1983. Next came Animalia, perhaps his best known work, which was published in October of 1986 by Penguin. It took him three years to complete the illustrations for it.
Base moved to Nelson for Days of the Dinosaurs, before returning to Penguin with The Eleventh Hour, an illustrated mystery in verse eventually published in 1988 (it pays to be observant, as all the clues required to solve the mystery appear in the detailed illustrations).. In 1987, he travelled overseas collecting ideas for The Eleventh Hour(1989), spending a month in the game parks of Kenya and Tanzania.
Base then illustrated Lewis Carroll's Jabberwocky with Macmillan in 1989. This has since been reissued (1996) as a 'pop up book', where each page opens to a three-dimensional diorama. He also illustrated Creation Stories for Macmillan.
Base had earlier produced a calendar called Dragons, Draaks and Beasties with illustrations of those mythical beasts. He followed this up in 1996 with The Discovery of Dragons, which used many of the same illustrations along with a great deal of descriptive text describing the adventures of those who discovered the various species of dragon.
Base then took a slightly different direction. His major hobby (outside his illustrating) is music. In 1999 he combined both to produce The Worst Band in the Universe which, while having less illustrative detail than his previous works, contained a CD of songs 'played' by entrants in the Worst Band in the Universe competition. 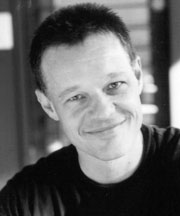