Cynthia Rylant was born on June 6, 1954 in Hopewell, Virginia. Her parents had an unhappy marriage and were divorced when she was four years old. Rylant is her mother's maiden name. She has written about her life in her autobiography, But I'll Be Back Again. Her mother took Cynthia to live with her grandparents in Cool Ridge, West Virginia. It is her grandparents' house she remembers in When I Was Young in the Mountains. She lived with her grandparents until she was eight while her mother went to nursing school. The house had no electricity or running water. Cynthia never traveled far from home since the family had no car. She and her mother then moved to Beaver in southern West Virginia. Her grandparents were proud people and she has never forgotten her grandfather's advice, "Always do the best you can with what you've got."
Living in a poor area of Appalachia, Cynthia had no real idea of what she could do after leaving high school. She decided to go to college and attended what is now the University of Charleston. She later completed a Master's degree in English at Marshall University. After leaving college, she worked as a waitress for awhile until she got a job working in the children's section at the Akron Public Library. Here she was able to read many, many children's books. She became a professional librarian and completed a Master's of Library Science degree at Kent State University in Ohio.
Her first book for children was one of my personal favorites, When I Was Young in the Mountains. The book received the American Book Award in 1982 and was a Caldecott Honor Book. Diane Goode who illustrated the book received a Caldecott Honor Award for her illustrations. She has been writing outstanding books for children and young adults ever since. One of my favorite books is The Relatives Came which was illustrated by Stephen Gammell. Mr. Gammel received a Caldecott Honor Award for his illustrations in 1986.This book reminded me of my own childhood when we slept on the floor when company came.
Cynthia Rylant traces her real interest in writing poetry to a display she saw in college which had poetry written by David Huddle. She loved his poetry, Paper Boy which had strong characters, "People whose lives are hard but are proud of who and what they are." Her own poetry celebrates the lives of those who live with "quiet dignity".
Rylant writes about Appalachia. She writes about the spirit and integrity of family and family life with all its joys and hardships. Her Appalachia; The Voices of Sleeping Birds is especially noteworthy. Her books, with simplicity and grace, touch our hearts about difficult subjects, such as aging (Miss Maggie) and loss of a loved one (Missing May) which received a Boston Globe/Horn Book Award and a Newbery Honor Medal. Erin Gendron, a 7th grader at Orange Grove Middle School in Tucson, in reviewing Missing May, says, "This is a book which will make you realize how you would react with death and what your feelings are with death. This book is a spiritual type of book." Cynthia Rylant has said, "Books alter our hearts." Her books surely do. 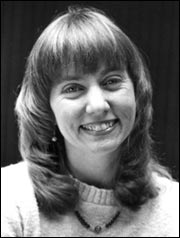