Carolyn Meyer was born in Lewistown, Pennsylvania, in 1935. In high school, she served as editor of her high school newspaper and yearbook, and spent her summers writing radio advertisements. In 1957 she graduated cum laude from Bucknell University with a degree in English, only to find that because she was a woman, good jobs were in short supply. She moved to New York, where she worked as a secretary; then she got married, had children, and moved to suburban Connecticut. But Meyer kept writing, publishing her first story in a secretarial magazine - in shorthand. (No one in her family could read it.) She wrote columns for McCall's magazine, and finally published her first book for children, a nonfiction book about sewing, in 1969. She wrote several more books on crafts before branching out to write about craftspeople.
After her divorce in 1973, Meyer began traveling to research her books, and she developed a love for moving and finding out about her subjects first-hand. She became known for her journalistic books for children, books that shed light on lesser-known ways of life, for example: Amish People: Plain Living in a Complex World, and Eskimos: Growing Up in a Changing Culture. She visited South Africa, Northern Ireland, and Japan to write about children's lives in those countries. She also began writing novels for young people. Meanwhile, she also moved her home, living in Pennsylvania, New York, New Mexico, and Texas.
The mother of four, Meyer now lives in Albuquerque, New Mexico, with her husband, poet and historian E. A. Mares. Meyer continues to challenge herself in her writing, and has recently written four well-received entries in the acclaimed series The Royal Diaries. 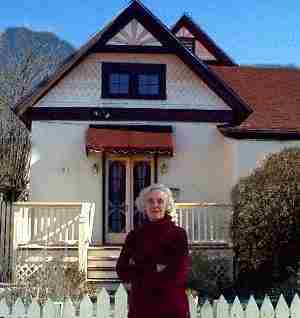