Betty Smith was born Elisabeth Wehner on December 15, 1896, the same date as, although five years earlier than, her fictional heroine Francie Nolan. The daughter of German immigrants, she grew up poor in the Williamsburg section of Brooklyn, the very world she re-creates with such meticulous detail in A Tree Grows in Brooklyn.
After marrying fellow Brooklynite George H.E. Smith, she moved with him to Ann Arbor, Michigan, where he was a law student at the University of Michigan. The young bride soon had two daughters, Nancy and Mary, and was forced to wait until the girls had entered grade school before endeavoring to complete her own formal education. Although she had not finished high school, the largely autodidactic Smith was permitted to take classes at the university, and she concentrated her studies there in journalism, drama, writing and literature. She capped her education by winning the Avery Hopkins Award for work in drama, and did a three-year course in playwriting at the Yale Drama School.
After stints writing features for a Detroit newspaper, reading plays for the Federal Theatre Project, and acting in summer stock, Smith landed in Chapel Hill, North Carolina under the auspices of the W.P.A. She and her first husband divorced in 1938. In 1943, she married Joe Jones, a writer, journalist, and associate editor of the Chapel Hill Weekly, while he was serving as a private in the wartime army. That same year, A Tree Grows in Brooklyn, her first novel, was published.
The prestige of writing a best-selling, critically lauded book brought assignments from the New York Times Magazine, for which she wrote both light-hearted and serious commentary. In a December 1943 piece called "Why Brooklyn is that Way," Smith donned the mantle of her childhood borough's unofficial champion. Her perceptions at once encapsulate one of the core themes of her novel and answer some of her more urbane critics. "Brooklyn is the small town -- but on a gigantic scale -- that the New Yorker ran away from," she wrote. "In jeering at Brooklyn's mores and ideology, your New Yorker may be trying to exorcise his own small-town background."
Although most remembered for the phenomenal success of that first book, Smith wrote other novels, including Tomorrow Will Be Better (1947), Maggie-Now (1958), and Joy in the Morning (1963). She also had a long career as a dramatist, writing one-act and full-length plays for which she received both the Rockefeller Fellowship and the Dramatists Guild Fellowship. She died in 1972. 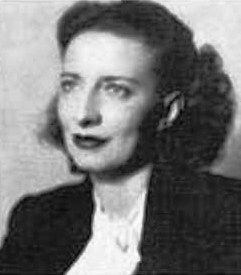